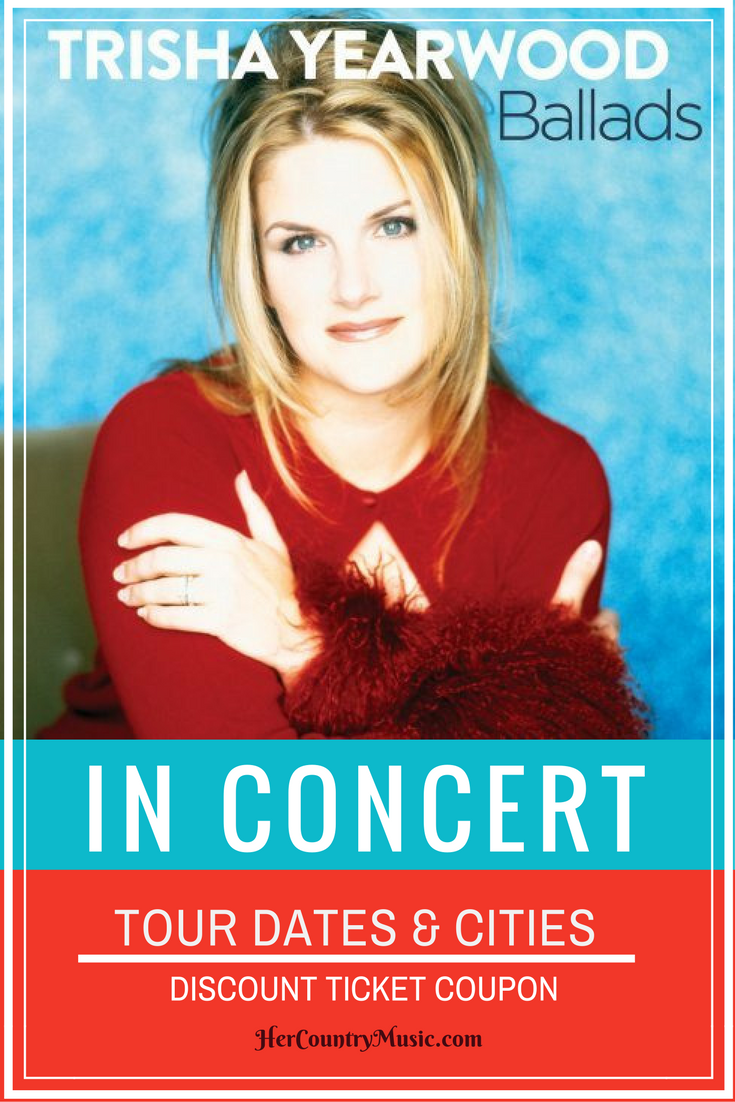 Get the latest Trisha Yearwood tour dates, cities, tickets and other concert news. You’ll also find our absolute favorite Trisha Yearwood quotes and lyrics… and little known facts about her.

Trisha Yearwood is an American singer, author, and actress. Yearwood has sold more than 15 million albums, won many awards, wrote two New York Times bestselling cookbooks, and even hosted an Emmy-winning culinary show on Food Network. Although her songs are usually written from a vulnerable female perspective, she is known as a very strong and confident woman. She’s also a member of the Grand Ole Opry and the Georgia Music Hall of Fame.

Where she came from:

Trisha Yearwood was born in Monticello, Georgia. She became interested in music at a very young age and throughout elementary school, she sang in school musicals, choirs, and talent shows. While in college at Belmont, she gained and internship with MTM Records. She graduated with a degree in business administration and became a full-time employee of MTM Records. One of the artists she recorded with was Garth Brooks – her future husband – who helped her further her career as a musician. 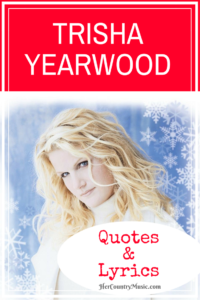 Quote 1:
I don’t spend time wondering what might be next; I just focus on trying to savor every day.

Quote 2:
My upbringing did not create a healthy affection for confrontation. I’d love it if everyone always got along, and nothing ever got tense.

Quote 3:
When you’re sick, nobody takes care of you like your mom.

“Real Live Woman” Lyrics
I’m a real live woman in love with this man I see lyin’ here next to me. Lost in the way that he’s holdin’ this real live woman.

“I Would’ve Loved You Anyway” Lyrics
I would’ve loved you anyway. I’d do it all the same, not a second I would change, not a touch that I would trade.

“Georgia Rain” Lyrics
The Georgia rain on the Jasper county clay, couldn’t wash away what I felt for you that day. Just you an’ me down an ol’ dirt road, nothin’ in our way except for the Georgia rain. 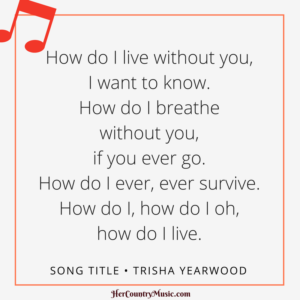 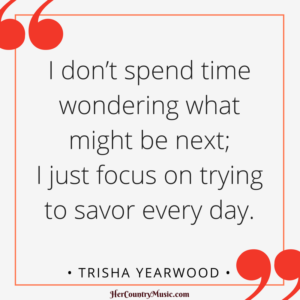 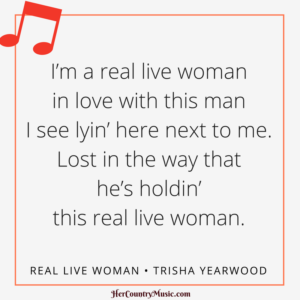 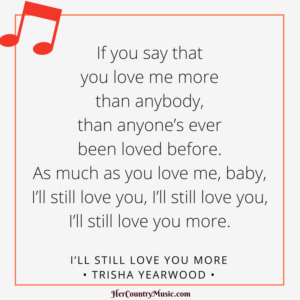 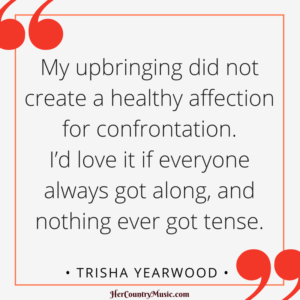 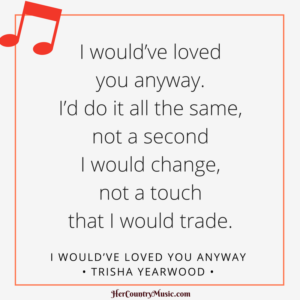 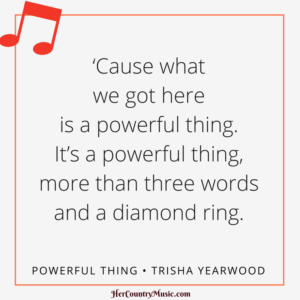 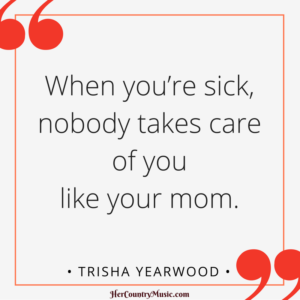 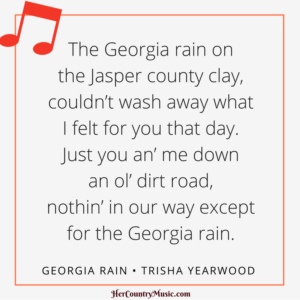 Get Your Trisha Yearwood TICKETS